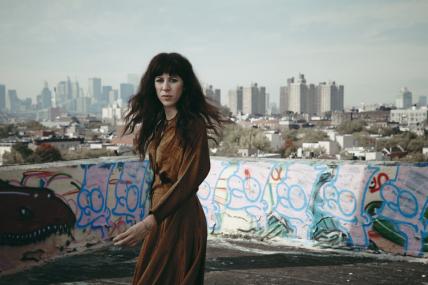 Missy Mazzoli was recently deemed “one of the more consistently inventive, surprising composers now working in New York” (The New York Times), “Brooklyn’s post-millennial Mozart” (Time Out New York) and “one of the new wave of scarily smart young composers” (sequenza21.com). Her music has been performed all over the world by the Kronos Quartet, eighth blackbird, pianist Emanuel Ax, the Detroit Symphony, the LA Philharmonic, the Minnesota Orchestra, the American Composers Orchestra, JACK Quartet, Opera Philadelphia, New York City Opera, cellist Maya Beiser, violinist Jennifer Koh, pianist Kathleen Supové, Dublin’s Crash Ensemble, the Sydney Symphony and many others. She is currently Composer-in-Residence with Opera Philadelphia, Gotham Chamber Opera and Music Theatre-Group, and in 2011/12 was Composer/Educator in residence with the Albany Symphony. Missy was a visiting professor of music at New York University in 2013, and recently joined the composition faculty at the Mannes College of Music, a division of the New School.

The 2015/16 season will include many new projects and collaborations, including a premiere by acclaimed chamber ensemble yMusic, a residency with the Boulder Philharmonic sponsored by New Music USA’s Music Alive Program, a performance of her multimedia chamber opera Song from the Uproar at LA Opera and other performances of her work by the Phoenix Symphony, the Cabrillo Festival Orchestra, and Grammy-winning vocal group Roomful of Teeth.  Along with librettist Royce Vavrek, Missy is also working on Breaking the Waves, a chamber opera based on Lars von Trier’s 1996 film, commissioned by Opera Philadelphia. Breaking the Waves will premiere in September 2016 at the Perelman Theater in Philadelphia.