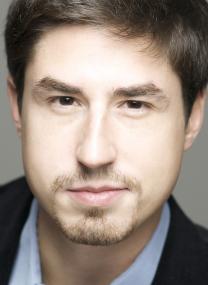 He is a member of the choir of Trinity Wall Street, and has been chorusmaster and guest conductor for several concerts. He performs with Ekmles, Signal Ensemble, Musica Sacra, The New York Virtuoso Singers, and The Collegiate Chorale. Past solo engagements include performances with American Symphony Orchestra and Trinity Baroque Orchestra at both Lincoln Center and Carnegie Hall. A pianist and chamber musician, he has performed with Novus New York and the Cincinnati, Princeton, and Albany Symphony orchestras. His music has been premiered by the Hartford Symphony Orchestra, Quey Percussion Duo, and by the Grammy-Award winning Roomful of Teeth, of which he is a founding member.

He holds a BM in composition from the Eastman School of Music and is a recipient of Master’s and Doctoral degrees from Yale. Eric is on the faculty of Mannes College/The New School for Music, directing the Mannes Prep Philharmonic and The New School Chorus.